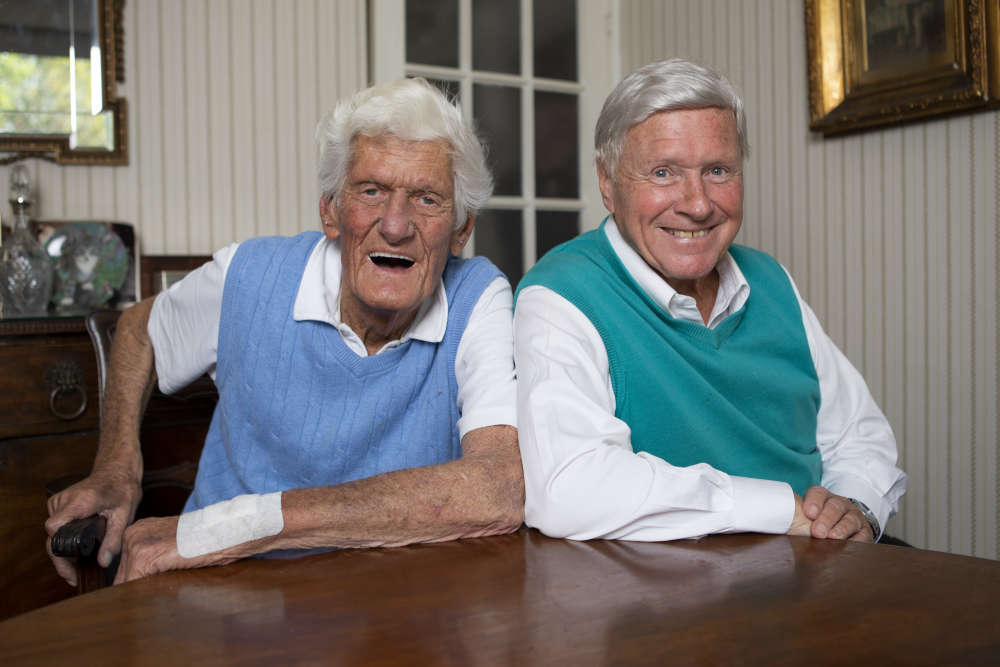 It's radio's oldest double act! Enjoy legendary radio presenter Pete Murray as he partners with his friend David Hamilton in an Open House of two hours of chat and treasured music.

Pete's broadcasting career proper began in the 1940s on Radio Luxembourg.  Moving to the BBC, he hosted shows on the BBC Light Programme. before joining BBC Radio 1 as it made its debut in 1967.

OnTV, Pete was seen on Six-Five Special, Thank Your Lucky Stars, David Jacobs's Juke Box Jury - not to mention Top of the Pops in its earliest days.

Pete, now aged 97, is perhaps most fondly remembered for his time at BBC Radio 2, where his Open House programme, with its familiar ‘ding-dong’ signature tune, became part of British life for a decade.

His friend David Hamilton, 84, is well-known to Boom listeners.  David was heard on BBC Radio 1 and 2 through the '70s and '80s - after appearing on the BBC Light Programme, where he memorably hosted the last ever Housewives' Choice!

Together, the pair will bring 181 years of memories and music.